MENU
SHARE: facebook
Love Stories
Fresh Summer Anniversary by AmorVincitOmnia
"Photography is not only the depicting of someone else's feelings it is also an introspection of who we are. I put myself 100% in every single photoshoot and I like the feeling of having put something of myself into the photographs. It is an even closer bond with every single couple and person I photograph. It takes you to another level of self-knowledge and gives you another look on the things around you."

Doing a photoshoot in the fields has been my dream for a long time. I was so lucky to know Alice and her boyfriend who immediately jumped on the idea and just a few days later we went to explore the wheat field. Originally we were hoping for some poppies too, but by ythe time we could go, unfortuantely only a few were left. Like little hidden gems in the middle of the gold expanse. Little did I know Alice and Emiliano were celebrating their first year anniversary too! They laughed and smiled, hugged a lot, it felt like the purest form of young love. The sun set quickly and drew long shadows of trees on the field, but we were just enjoying the sun rays and roll on the ground. We felt like being in the embrace of Mother Nature. 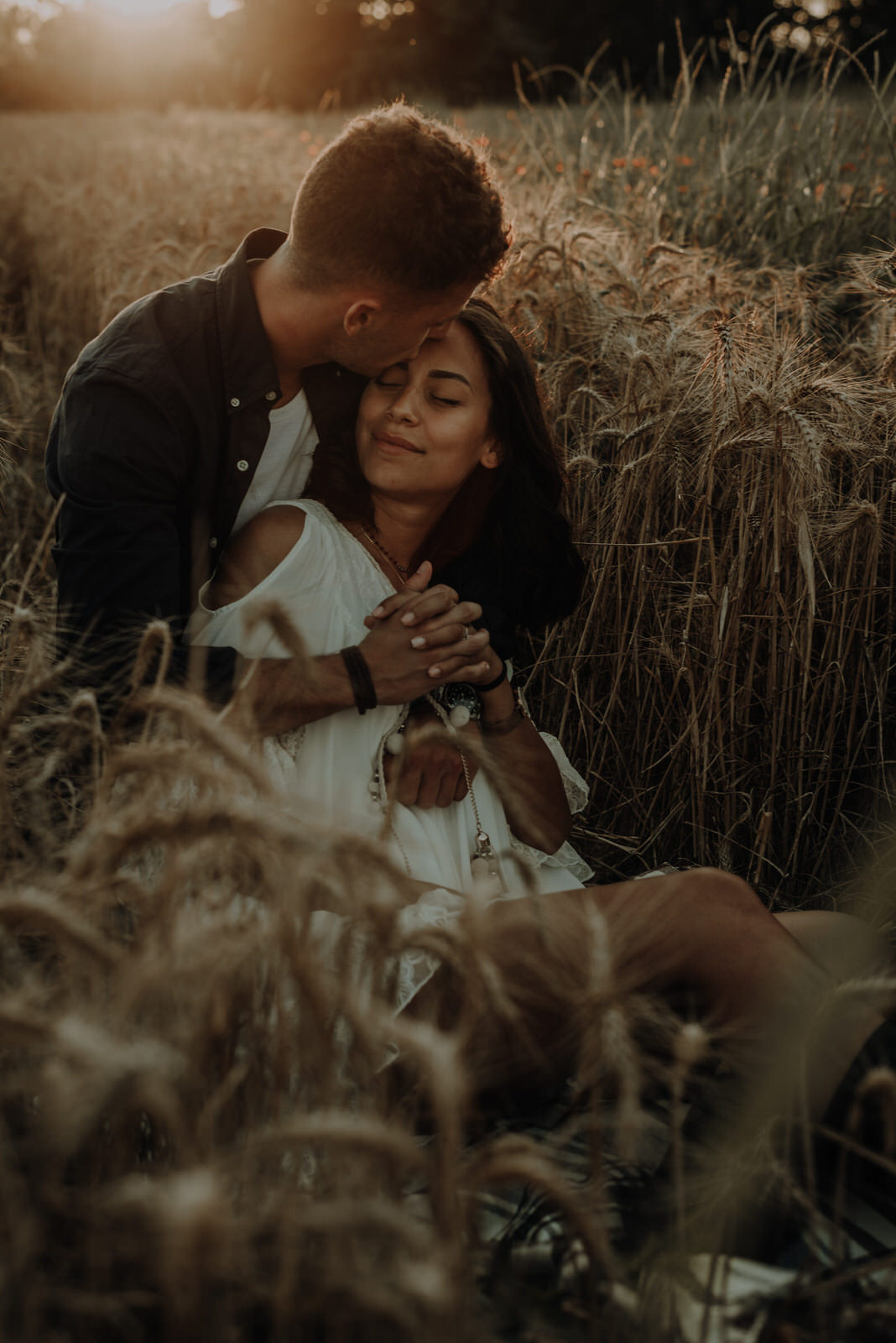 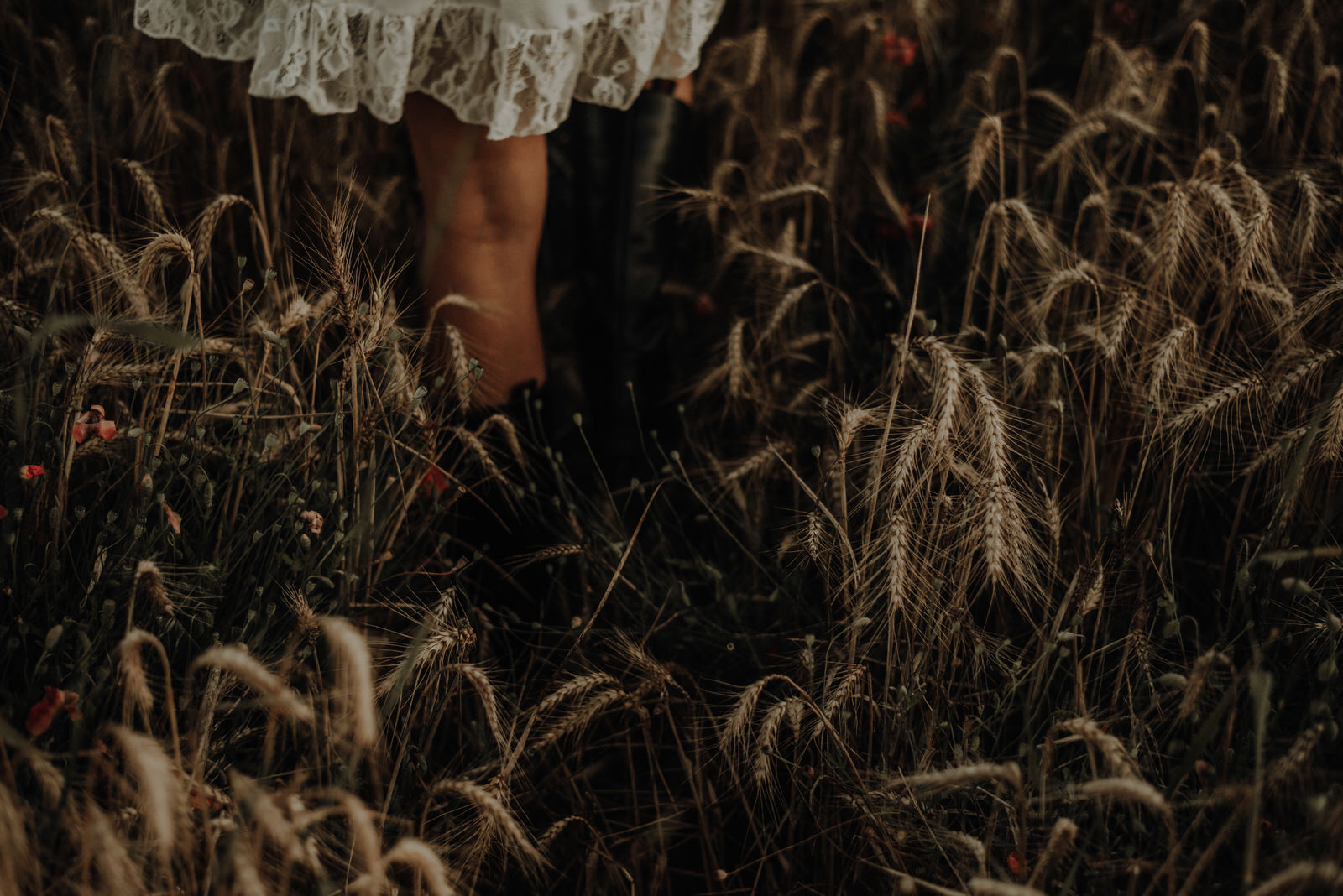 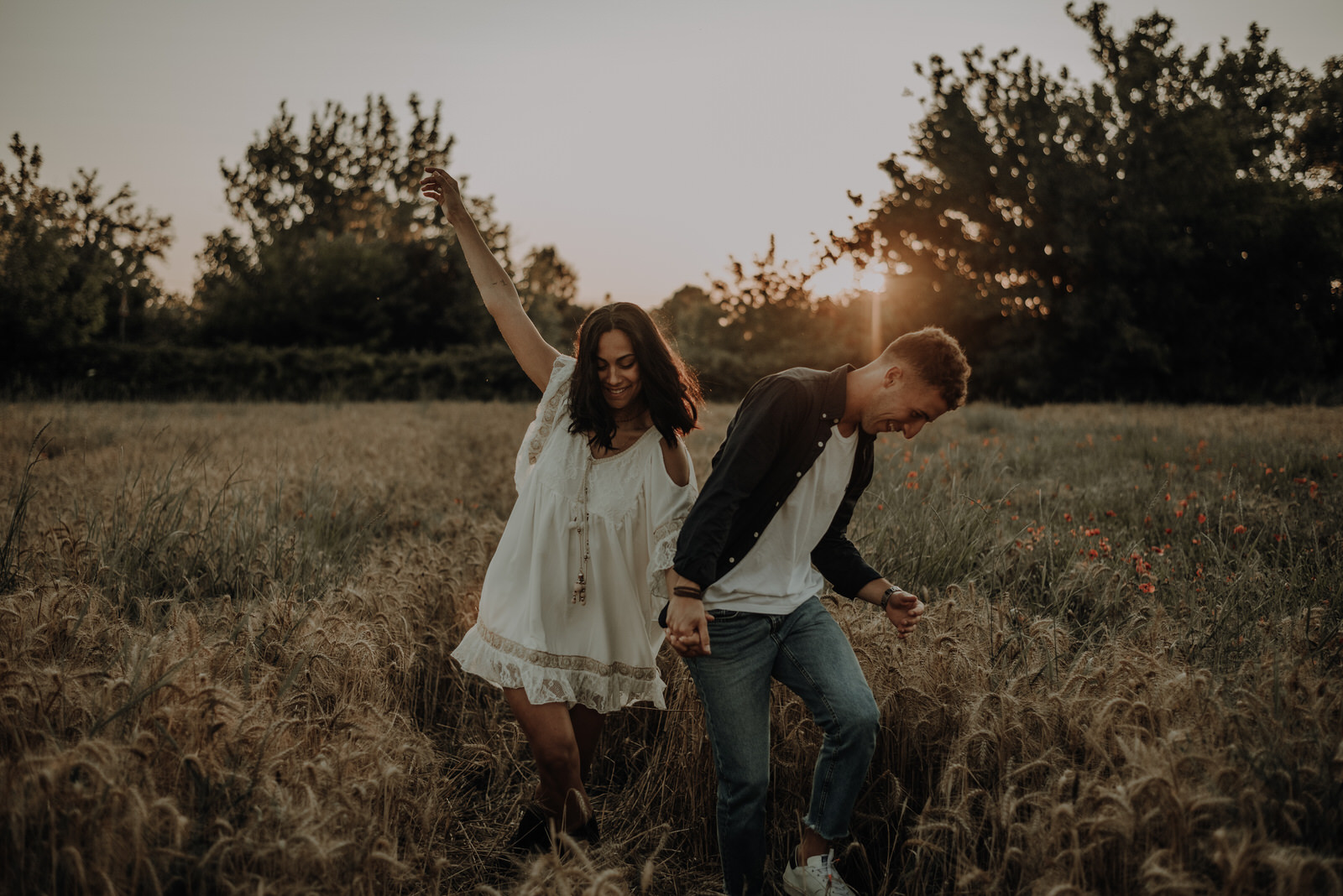 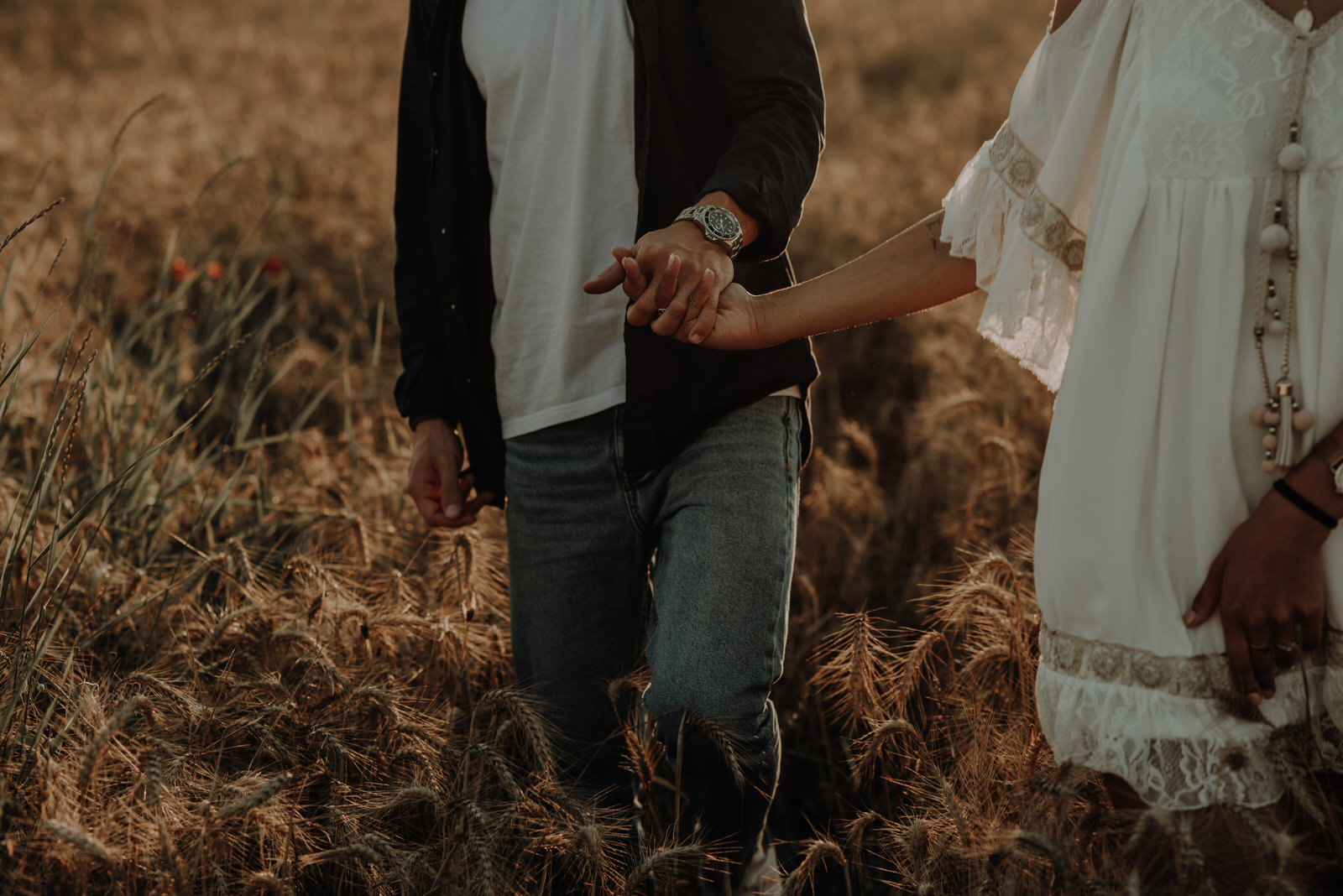 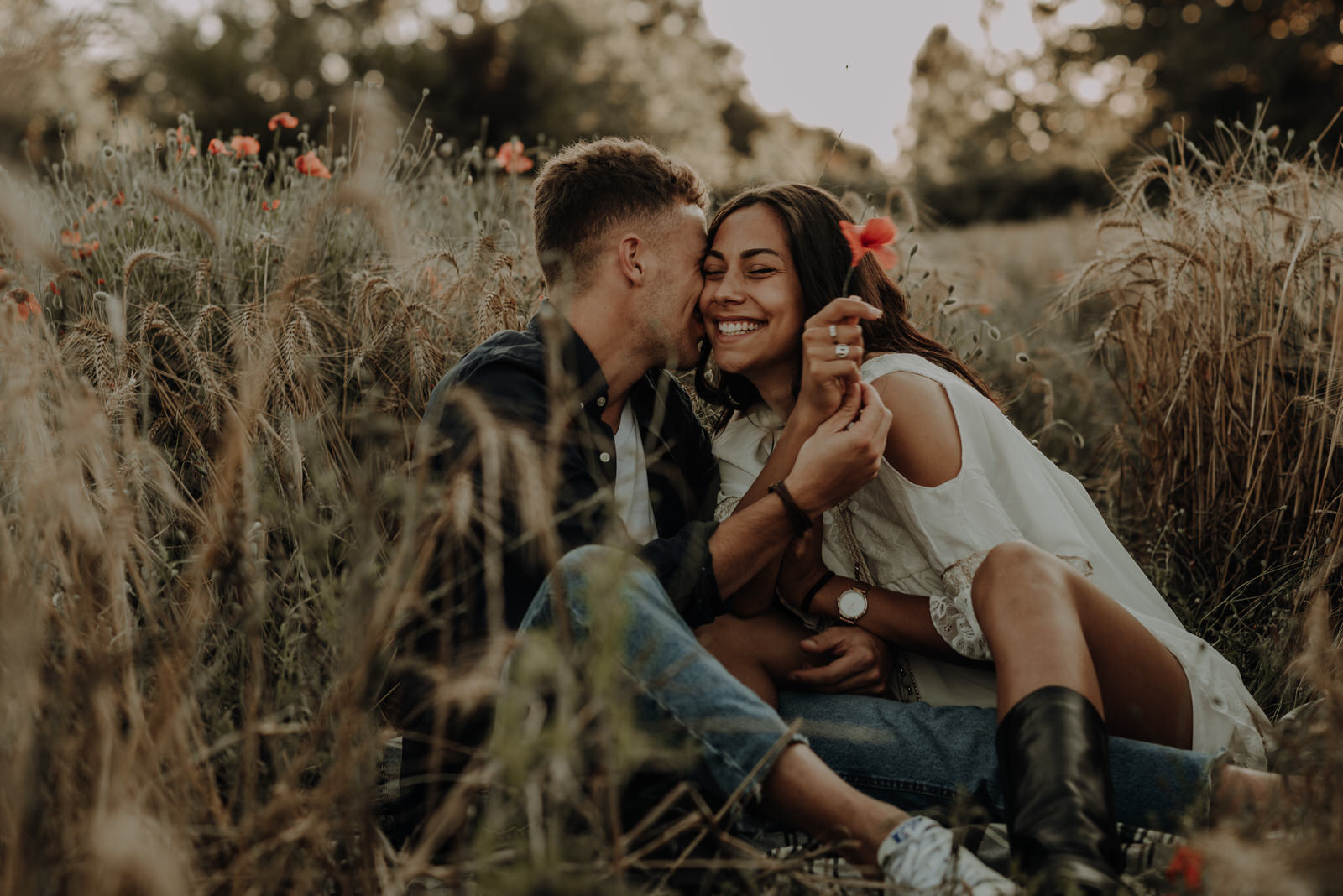 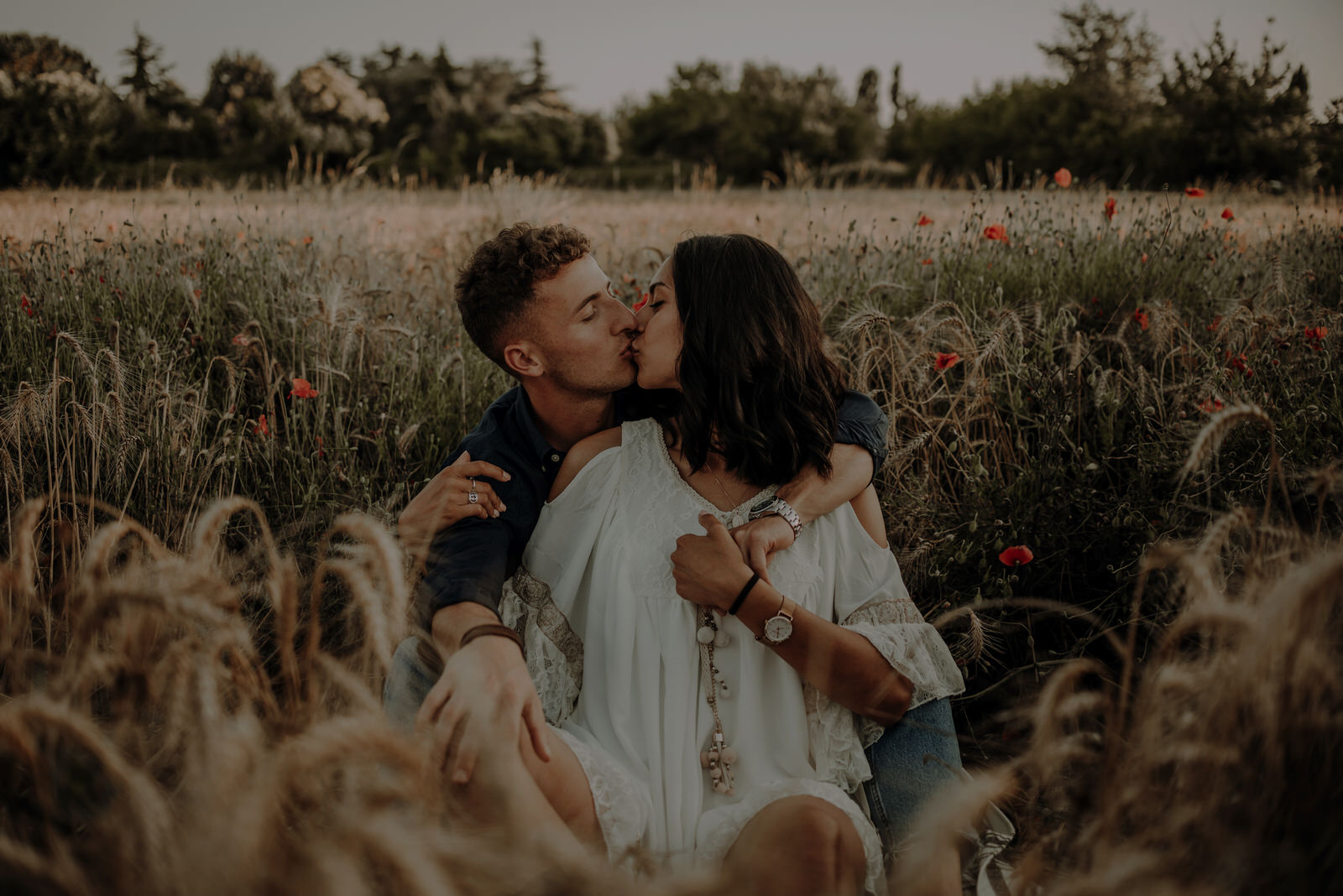 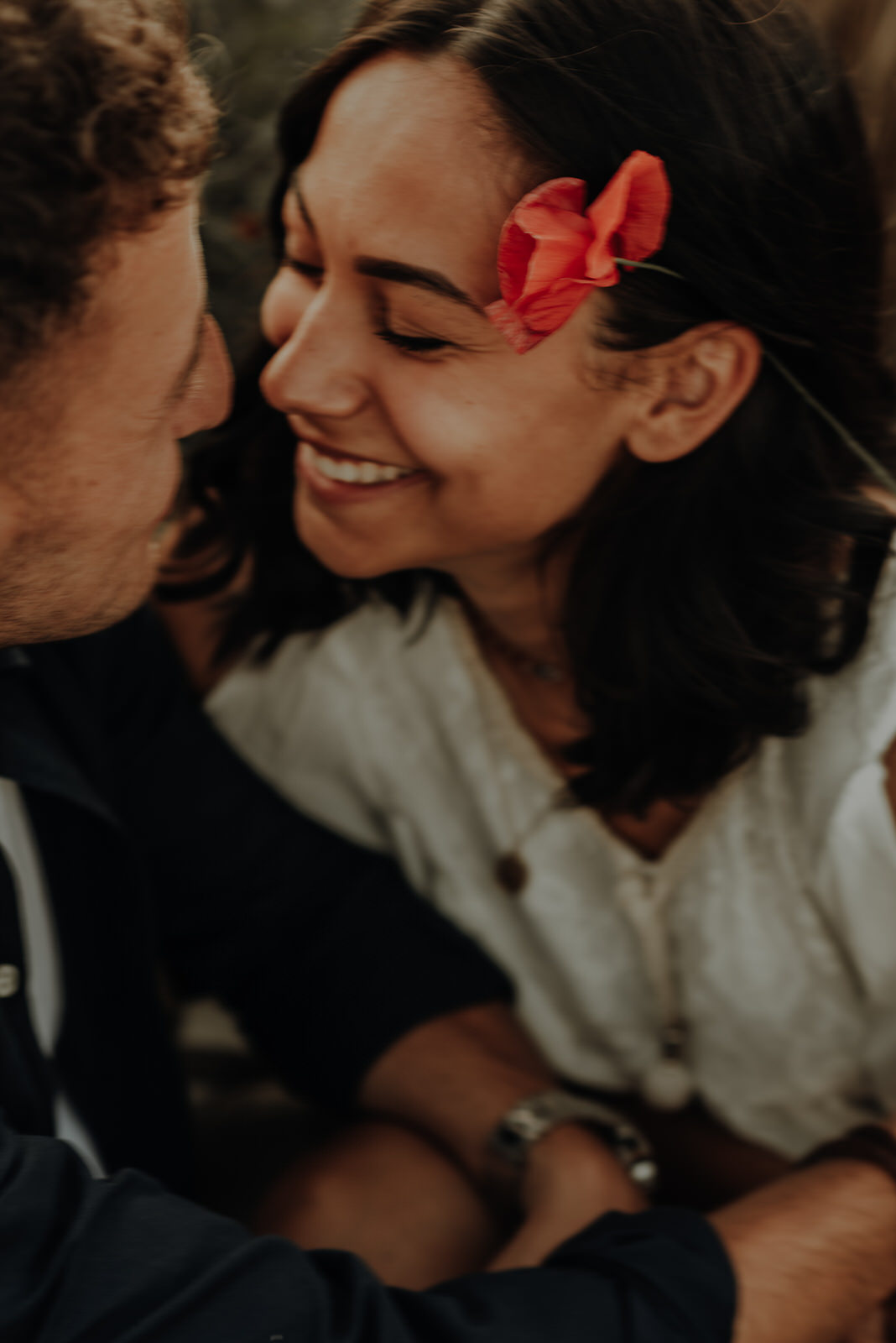 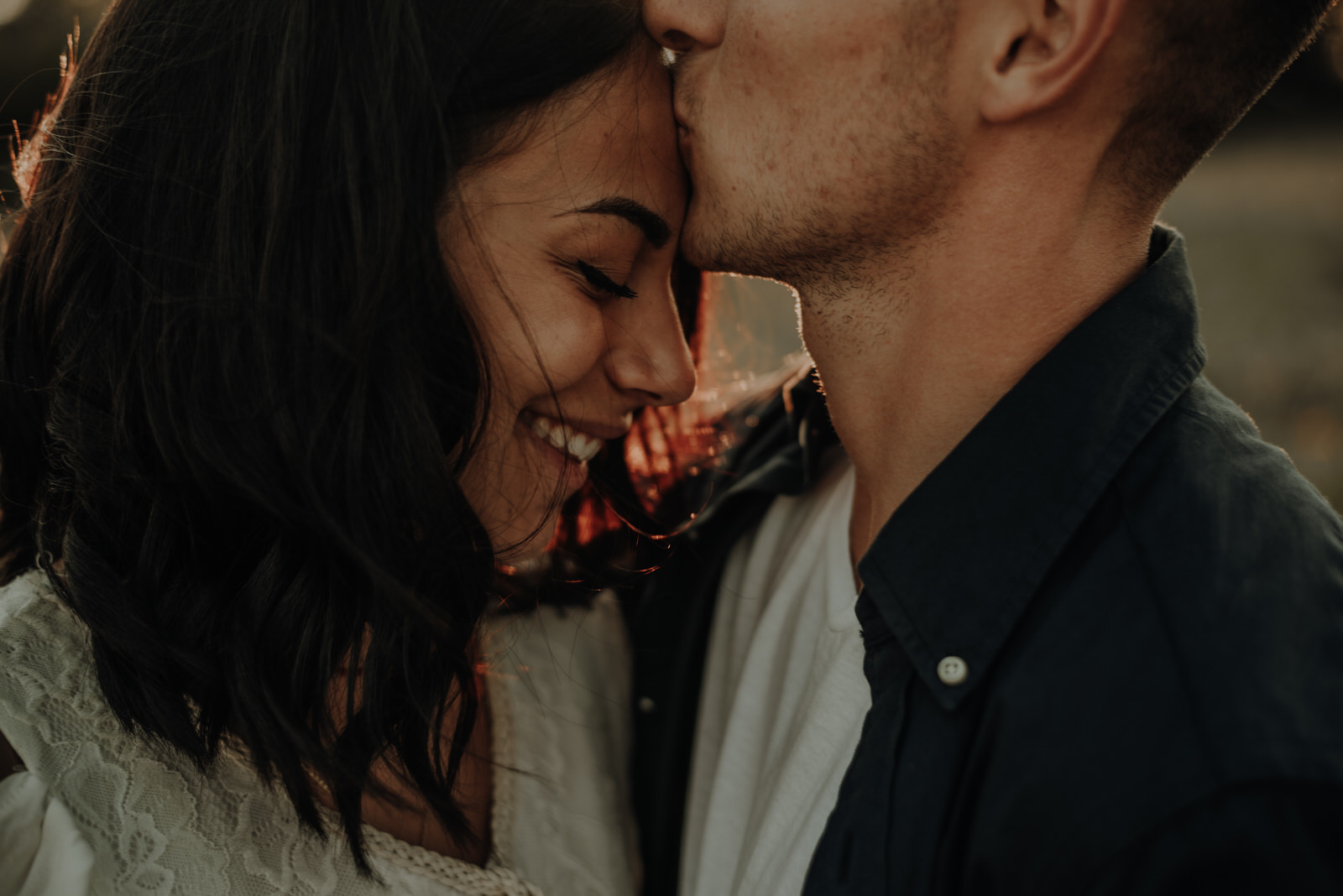 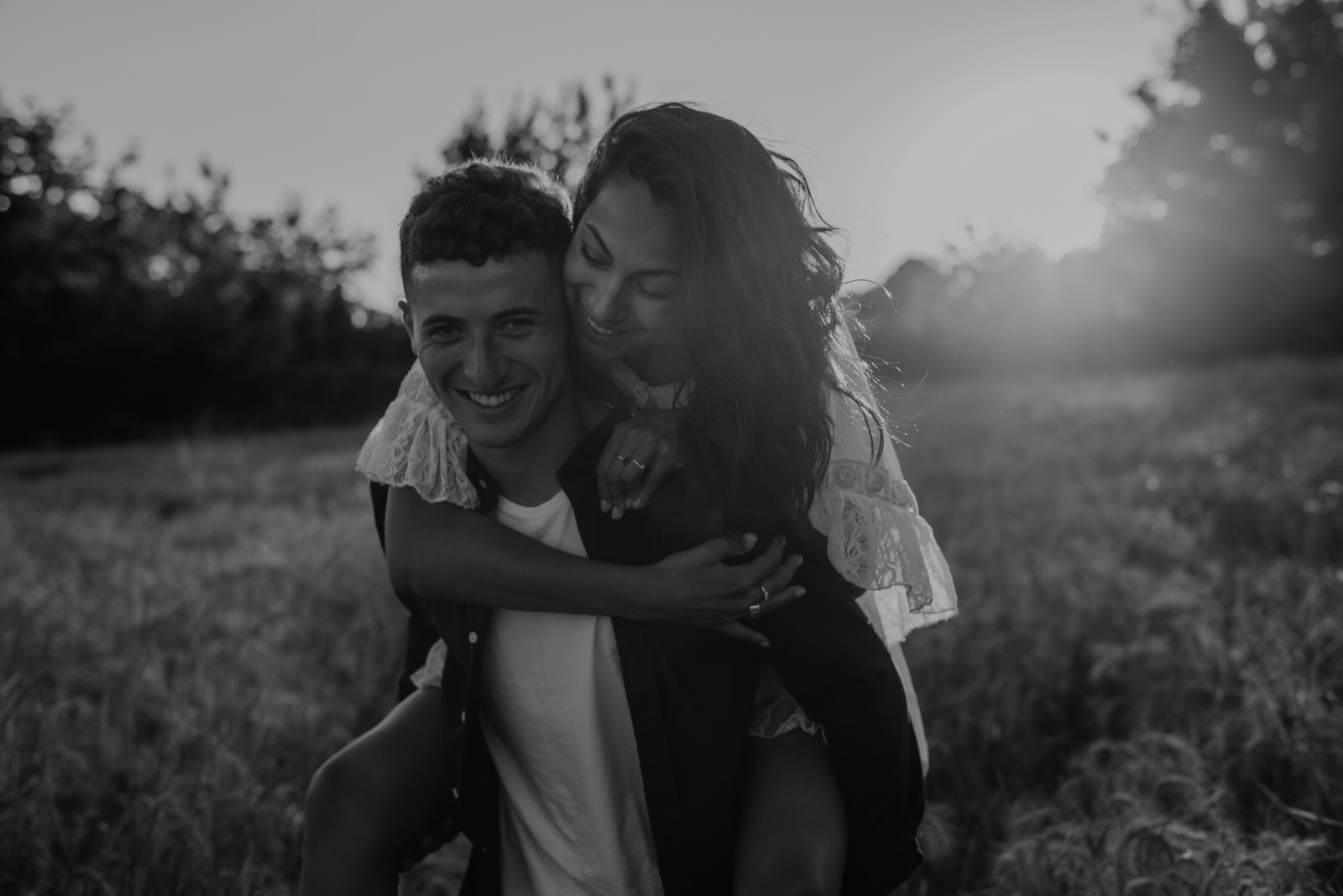 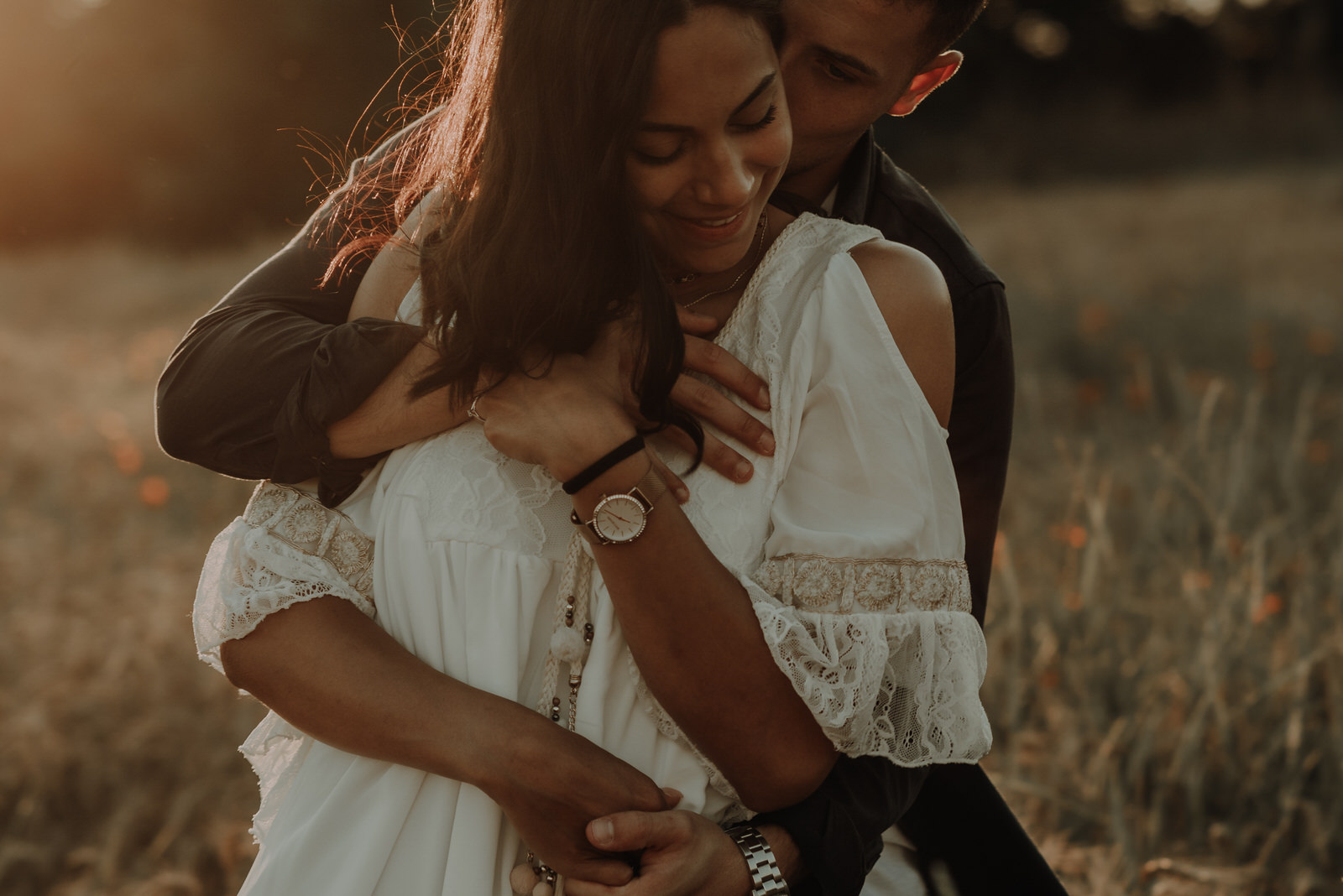 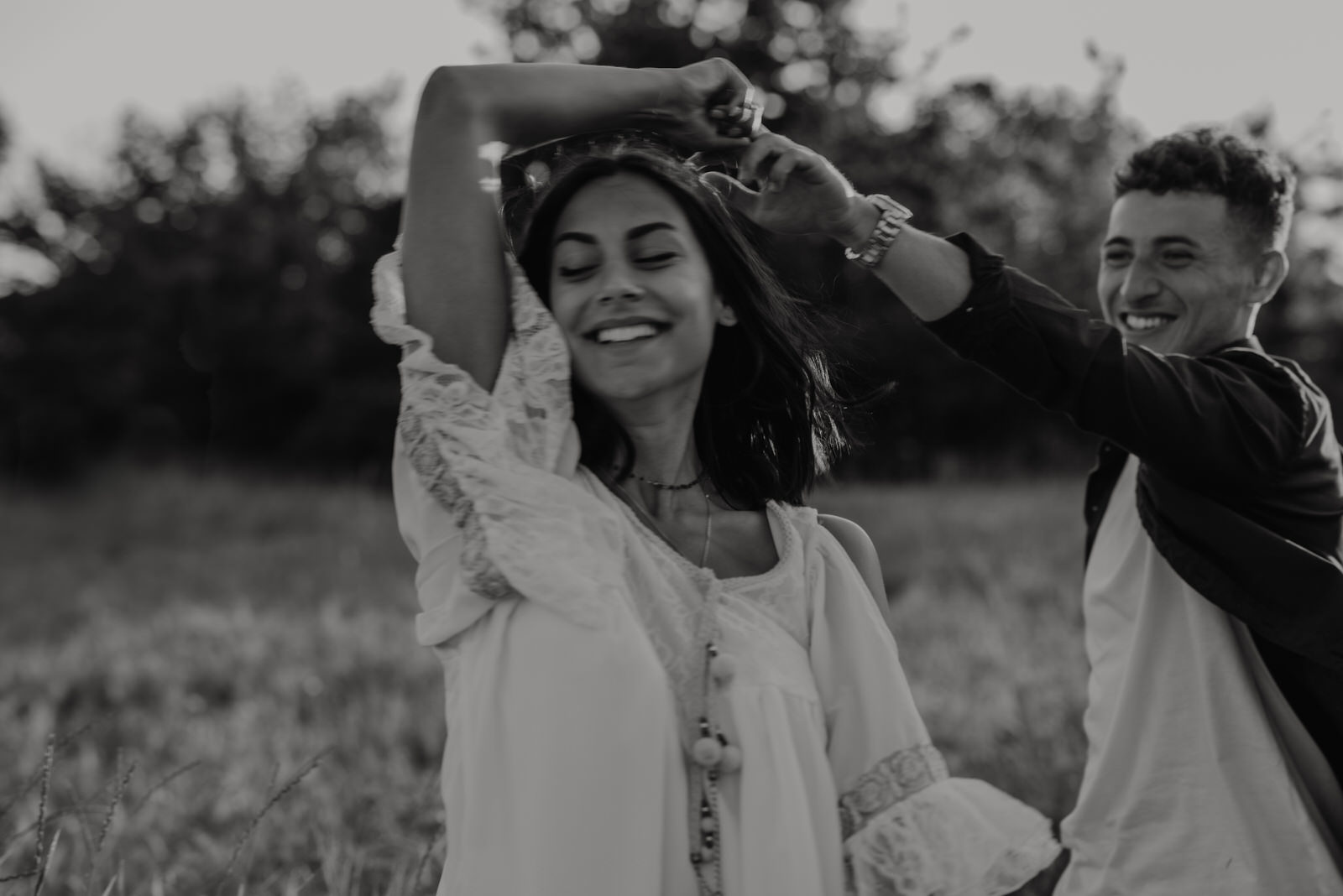 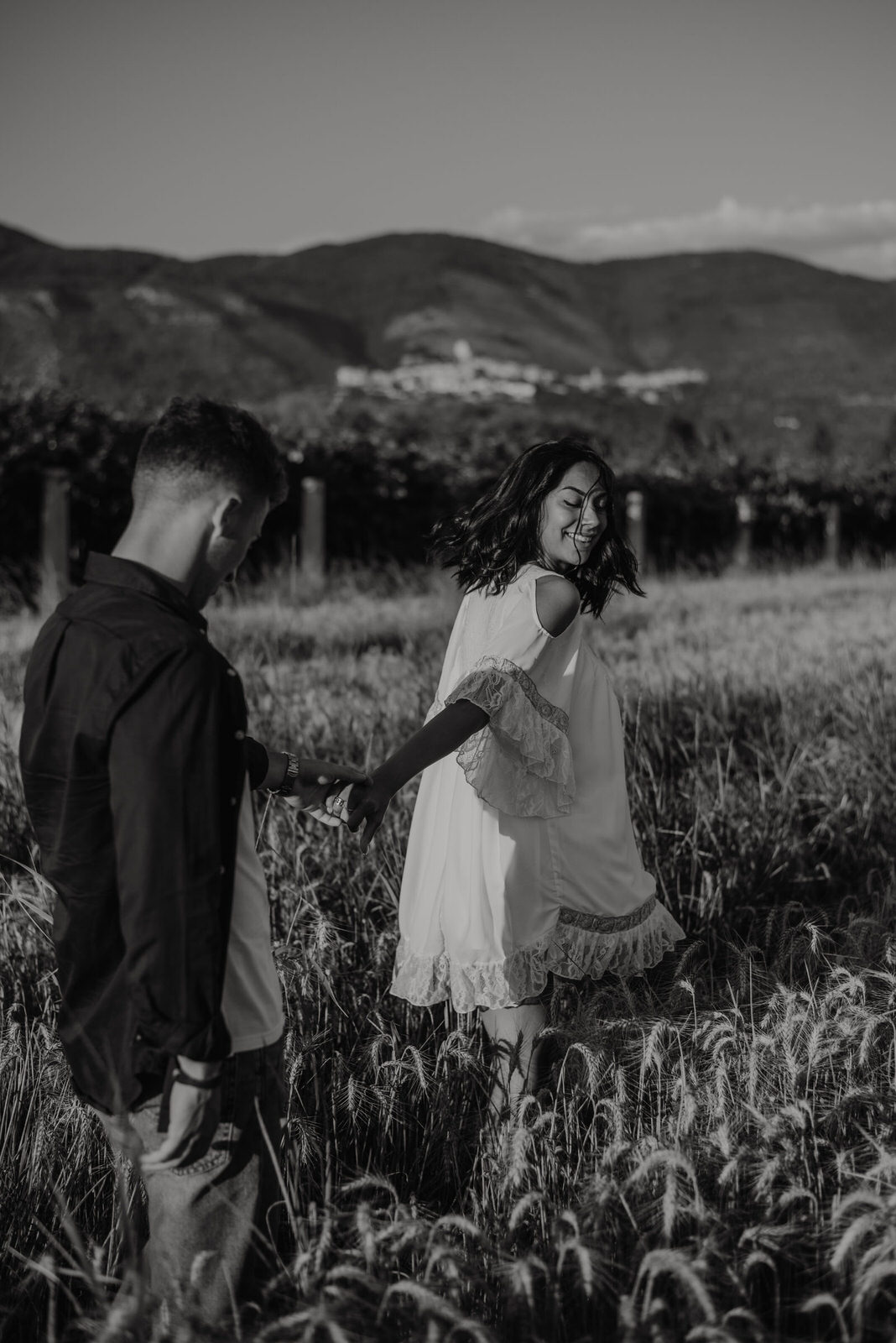 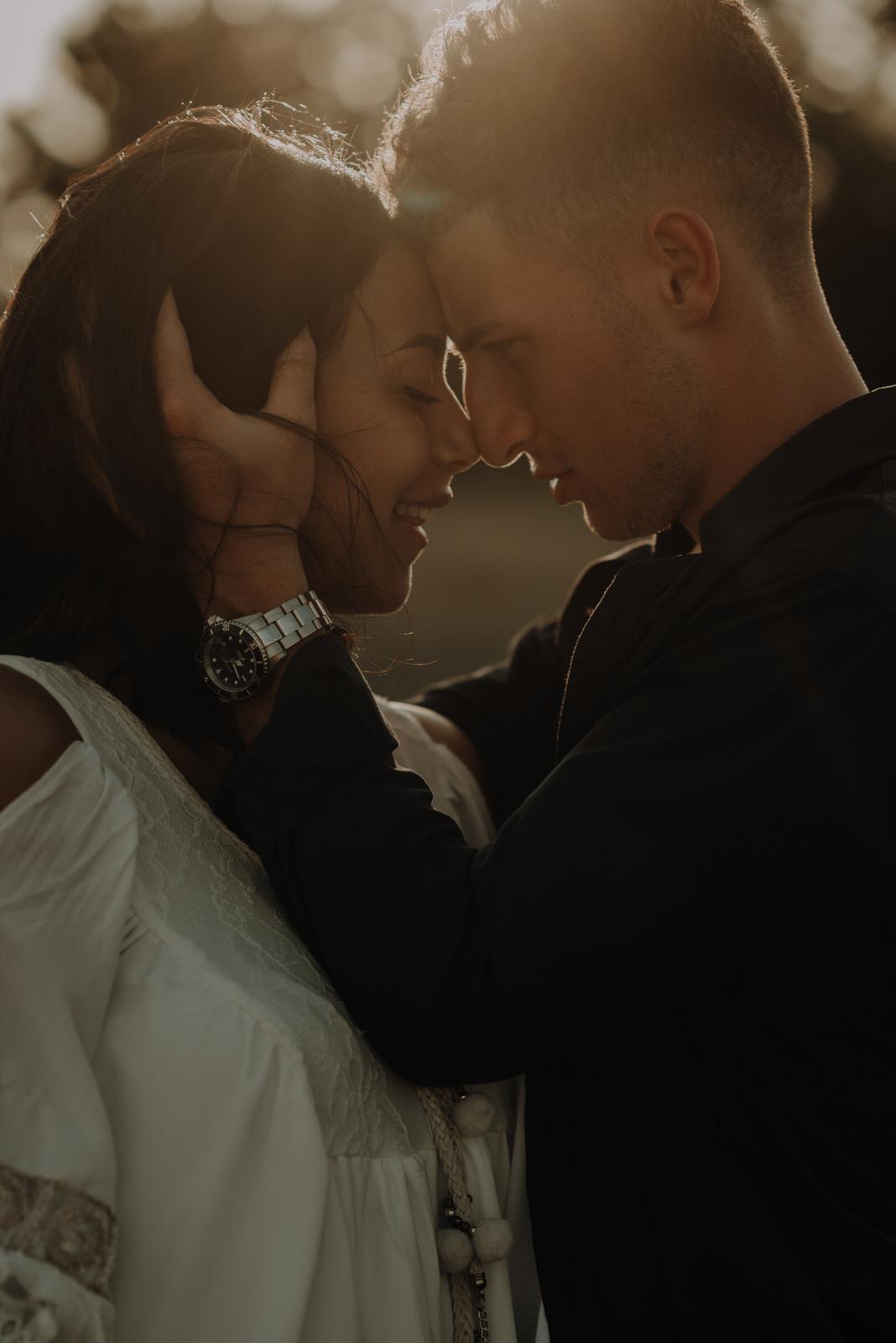 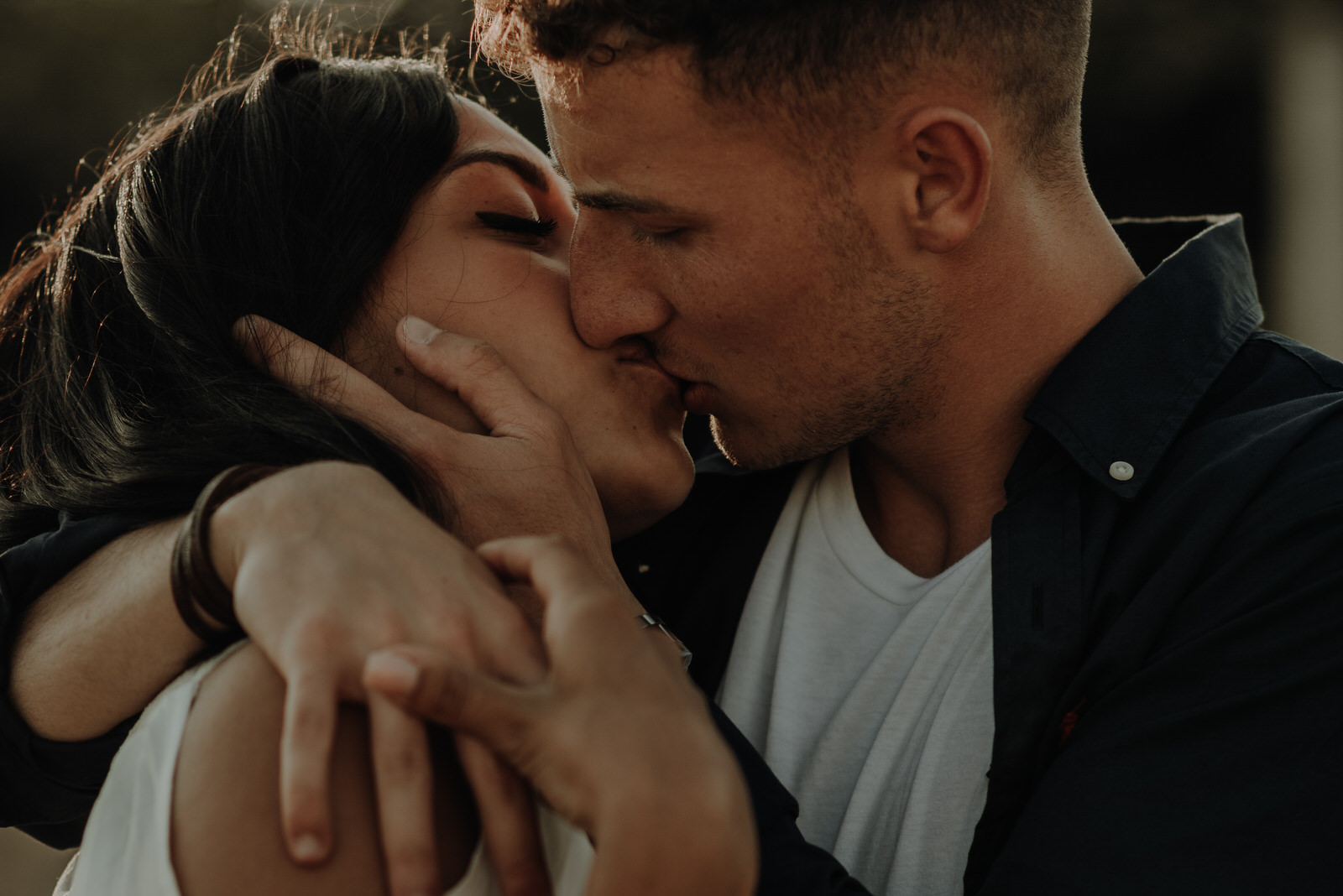 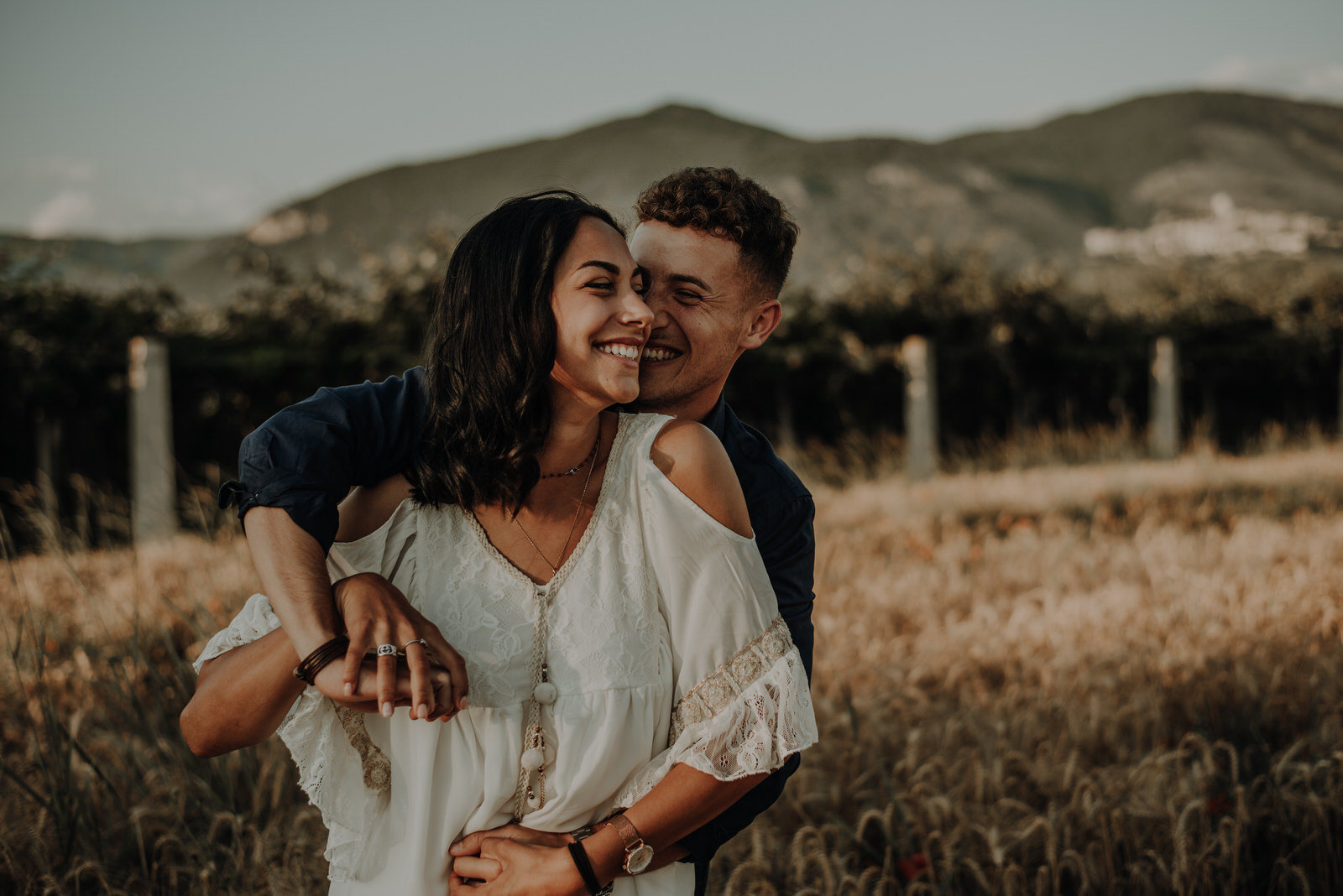 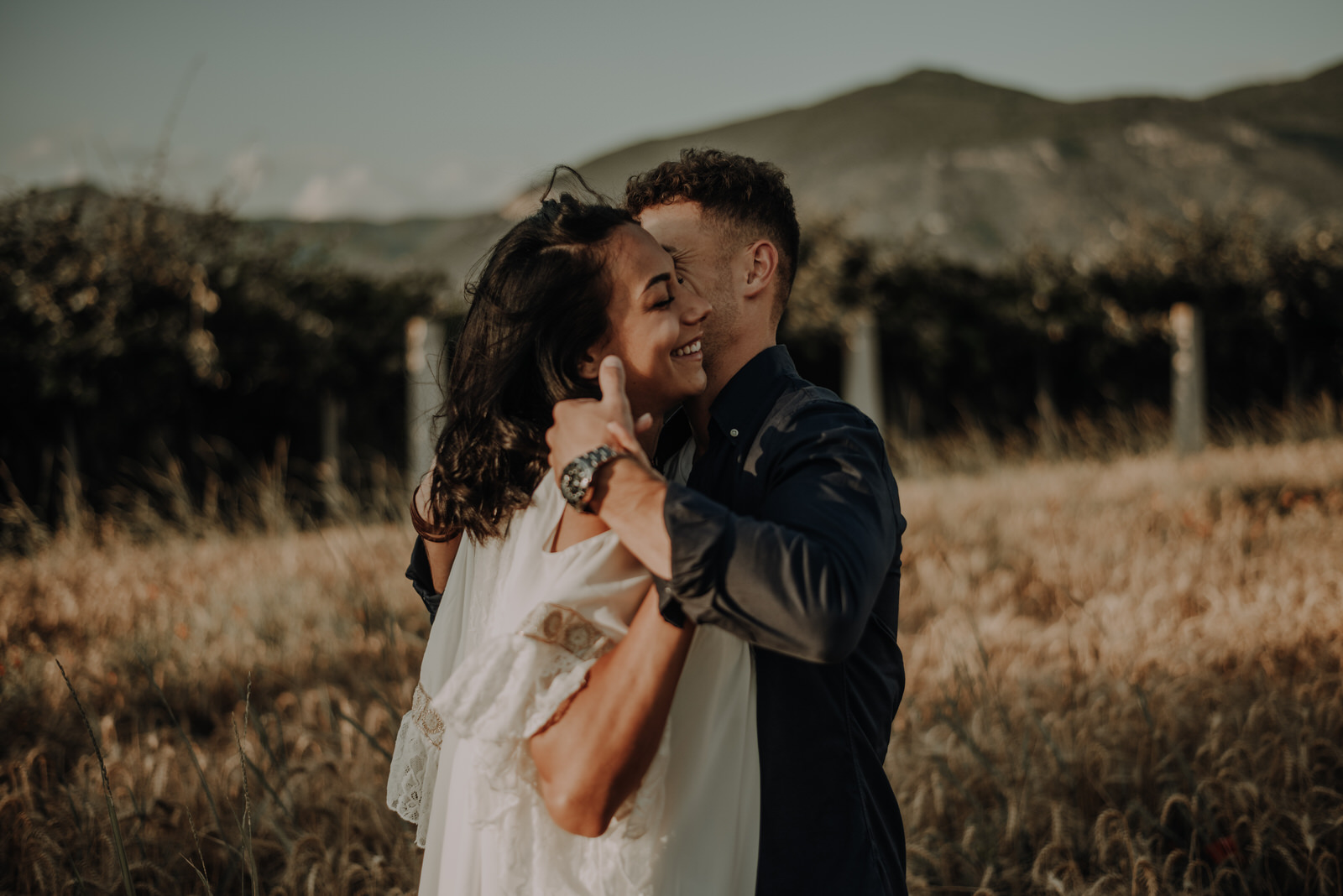 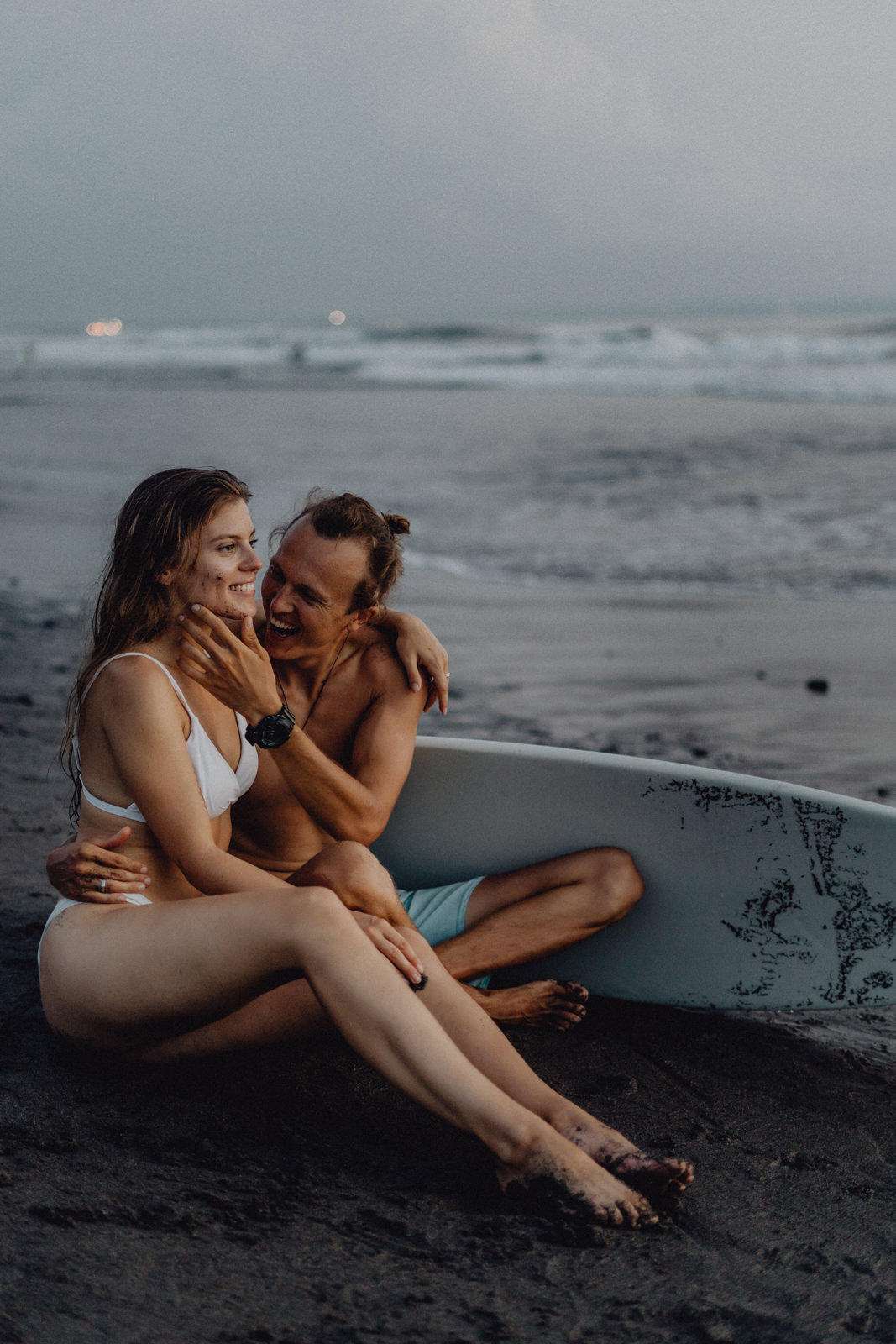 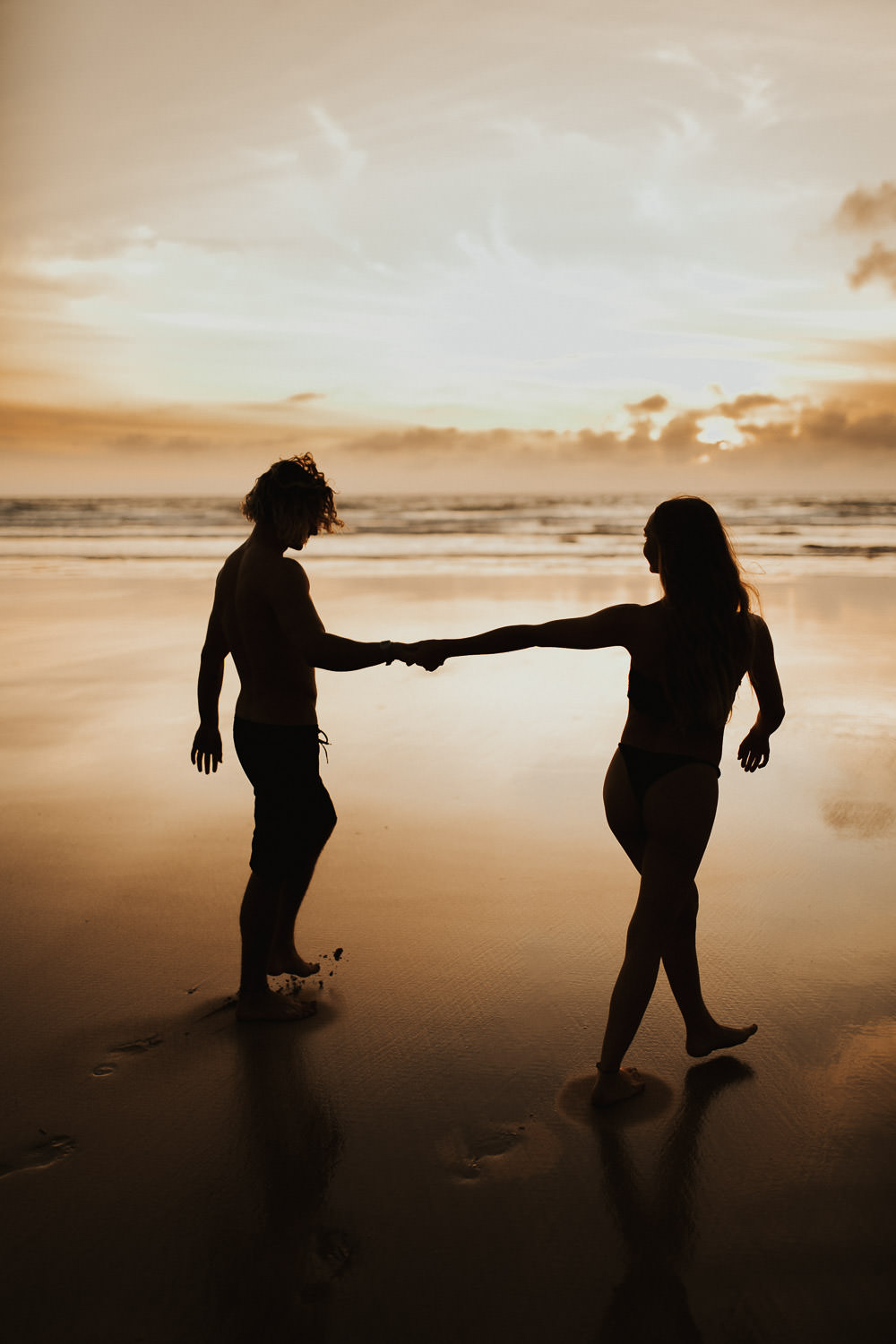